It officially happened – I, Nicole, visited and experienced Walt Disney World. It was everything I thought it would be: Hectic, Expensive, Crowded, and Full of Children.

It was also: Beautiful, Very Clean, Delicious, and made me giggle like a little kid from time to time. Was it worth it? Heck yeah. Check that one-off the bucket list.

We left Thursday afternoon and drove 4 and a half hours down to Orlando. Not very far at all.

When we arrived onto the Disney World complex – this sign greeted us from the road – Welcome to Walt Disney World: Where Dreams Come True. What a wonderful gateway with Minnie & Mickey standing there smiling with that big mousy grin!

We put on our magic bands and headed into the Coronado Springs Resort.

The Coronado Springs is described as:

Relive the romance of Spanish Colonial Mexico at this enchanting Resort hotel. Find your mythical city of gold in a Southwestern-themed haven—from brightly colored casitas to rustic ranchos. Each unique accommodation provides its own unforgettable escape… and a welcoming home away from home.

We made our way to our room, which was very clean, quiet, and not-so-easy to find. This place is HUGE. Reminds me of those mega apartment buildings. Just make sure to pay close attention to what the desk clerk tells you and grab the map! Once at your building, be prepared to walk a bit. There is no easy way to get to your room. (Or the elevator.) Just skip the lift and take the stairs, it will save you a ton of pain.

We decided to just stay at the hotel and eat dinner at one of the many restaurants right at the resort. I wanted to head straight to their more fancy Dining establishment: The Maya Grill.

But once we got to restaurant and read the menu, we all sort of turned our noses up. I could get more authentic Mexican at our local restaurants in Americus. The girls were not interested (it was more Americanized than anything else,) so we opted to give their cafeteria style restaurant a chance: The Pepper Market.

Best decision ever! There was something for everyone. There were different stations offering everything from dessert to sandwiches to american to pizza, and yes, Mexican. I headed on over to the Mexican station and ordered cheese empanadas with black beans & rice. I also grabbed an ordered of churros. The others went their merry way, and combined, our dinner was a little over $50. Not too bad, considering we were told to budget high for eating at the resorts.

We left satisfied, and decided to wander around the gift shop. We tried on hats and marveled over the prices of everything. Nothing surprising, but we were smart to make a mental note of everything they had, and save our money for when the trip was over.

Following our “window shopping,” we headed outside to Siestas Cantina.

Tim & I ordered Sangrias mixed with Margaritas. It was delicious and an awesome idea! We relaxed on the beach couches and watched the lights flicker off the water.

Finally, we headed back to the room to relax for our first big day! Friday morning, we woke up early, got dressed, and headed down to our bus stop (right outside of our room.) As soon as we got up there, our bus with the words: EPCOT was pulling up! We hopped on and began our Friday morning at EPCOT!

THIS was super cool. When we pulled around the curve and I saw that great big ball, the little girl in me almost had to choke back a tear. I had wanted to go here for so, so, so long. At 43 years old, I finally made it! Guys…. It was everything I ever hoped for and more. There is so much I still would like to see and do, but man oh man, did we try to do it all!

When I say we tried to do it all… I took the above pic at 4pm. FOUR P-M. Not the end of the day.. in the middle of the day. And that should tell you what to prepare for when visiting EPCOT. It’s HUGE. Like super, duper ridiculously huge.

As soon as we arrived, we made a bee-line for Soarin’.

Needless to say, the sensory overload was almost too much for me. We were lifted fairly high in front of this IMAX-sized movie screen. The best part – when you were over Africa, and the Elephant kicks up dirt, you smell it! It’s truly an experience.

After Soarin’ we headed to Living with The Land.

This was really very interesting! This place is an active Scientific experience. The best news is – we were able to walk right into both places with absolutely very little wait. This was without using our Magic Passes.

After that experience, we had our first reservation for Spaceship Earth. This ride was very cool!

You actually get to go up into that huge ball!

THEN.. oh then.. it was time to.. oh wait.. I haven’t shared with you yet! We were there during the Food & Wine Festival! We literally ate our way around the world!

Everything from Lamb Meatballs in New Zealand to Korean BBQ with Cucumber Kimchi. Creme Brulee in France to a Beer Flight in Germany. We ate so much food! And it was really, REALLY, really good.

I also took the opportunity to dive into the cultures of the different world showcases:

After all of the eating, we decided to try a few more rides on for size. The only one I chickened out on was Mission: Space. The idea of being slung around in a tiny capsule did not enchant me one single bit!
But we did find Figment:

And we did tour Mexico with Donald Duck & his amigos:

And we did try our best to find NEMO:

But my absolute favorite ride of all – Was Test Track! I LOVE LOVE LOVE going fast in a car!

We hurried back to the hotel that night.. and though we had the best intentions, we simply just wanted something quick to eat. So Disney Springs (aka Downtown Disney) was out.)

Instead we were unoriginal and went down to the Pepper Market again. THIS time I got the nachos. And friend, when I tell you it is a mound of nachos.. Have mercy! (Dinner that night was $75) After dinner we went swimming in the pool (it was cold!) but it had a cool water slide and water fall/Aztec Pyramid thing. While there, we could see the fireworks from the Magic Kingdom or Epcot (Not sure which) and it even made the swimming magical! (Check out the website’s link to see it.) Tim & I sipped on some Sangria and relaxed in the big jacuzzi tub. Great way to relax our tired muscles.

THEN Sleep. Because on Saturday….

Yes, we braved the Magic Kingdom on a Saturday. As soon as we got in.. I wanted to take in all of Main Street – but Tim had another plan. He had reserved Haunted Mansion first – which was all the way on the other side of the park. That meant, I got a super fast tour of the park as we came through. It was certainly magical. As soon as we passed the castle, there were people performing right there in the center of the park! I felt like I was watching the Macy’s Thanksgiving Day parade. It was adorable. But alas.. we made it to the Haunted Mansion. Cute. That’s how I would describe it. Just cute.

From that, we had just a few minutes to kill, so we wandered around and found the quintessential Disney Ride – It’s a Small World. I was enchanted.

We ended just in time to make it over to our next reserved ride – Pirates of the Caribbean. I LOVE LOVE LOVED it!

After that ride, we were starving! We tried this little vendor that had cheeseburger eggrolls – OMG! It is a must try! Next we wandered over to the Jungle Cruise.Our captian was absolutely hilarious.

Then we went to one of my “must dos” at the Magic Kingdom – The Magic Carpets of Aladdin!

We left there are began to seek out FOOD! We grabbed some chili dogs and sat in the perfect place! As we were eating our ($75 hot dog lunch) we saw the midday parade down Main Street.

Then it was time to head to that super cool futuristic part of the park.. and who do I run into? NICOLE! My friend from elementary school and beyond!

What are the chances – with soooo many people!

Then we got on The Buzz Light Year’s Space Ranger Spin. I was being silly and spinning our ride around in circles the whole time. lol

That was a little lame.. but historically interesting.

Next- the Astro Orbiter:

Followed by the People Mover:

And of course, the best way to travel around the park is by the train! (aka – my feet hurt and I want to sit down and take a nap.) Feet hurting.. man oh man. BLISTERS.

We did catch 2 shows:
The Country Bear Jamboree:

And another that I can’t remember what it was called. It was 3-d and had some cool stuff in it!

Later, we wandered some more and enjoyed the Mad Tea Party Spinning-Cups!!!

And of course, we can’t forget Splash Mountain!

I did chicken out on Space Mountain. Something about the dark and single seats.. yeah… wasn’t up for it.But the girls got to ride it around 9pm. Splash Mountain was as adventurous as I was feeling.
We wrapped our Magic Kingdom experience up with mine & Tim’s anniversary (2 years!) dinner at Tony’s the Lady & The Tramp themed restaurant. ($175 for 4 people)

And of course.. the big finale: This is the exact show we watched and it was simply… well.. Magical. Though my feet were burning, and we were so, so, so tired. And we were being pushed and crammed between angry dads and moms trying to lift their kids up to see… it was awesome. Never seen anything like it. Watch this video.

And with that.. our Magical Journey ends.

If you want to see each of the rides (and figure out if it is just right for your family,) please click on the individual videos above (it is just like the actual experience!) Over all, I’m glad we got to experience this family vacation! What a great bonding experience for a newly formed family! 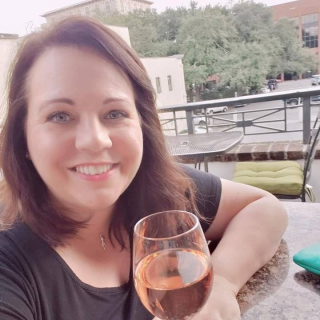